Many Albertans outside of the drinks’ business don’t realize how good we have it here for wine selection. We live in one of the best wine markets in the world. Every week we see a new wave of lovely and limited wines appear in our shops, however briefly, until those in the know snap them up.

For Modern Luxuria’s first birthday, we are celebrating! And I hate to play into the centuries-old marketing of the Champagne region, ‘come quick, I’m tasting the stars!’ and all that jazz, but that’s precisely what we’re going to do! Because frankly, the large Champagne houses do so drive the market with their ludicrous marketing budgets, that it is a treat to highlight producers that deserve a platform to emerge from all that noise and take their seat on the podium, be they as venerable and classic as ol’ Uncle Charlie or as renegade as Pierre Larmandier or Jean-Baptiste Geoffroy.

Imagine we find ourselves in Aÿ, the undisputed landmark of Champagne’s Vallée de la Marne. We’re on the swaggering 15-minute stroll from some titanic house like Bollinger to some even more titanic house like VeuveClicquot or Moët on the other side of the village, walking off the ebullient bombastics of that Bolly tasting. We turn down this wee lane and that. We’re almost guaranteed to walk right past the wrought iron gates of Champagne Geoffroy without even noticing their modest hanging placard. Little would we know, the inconspicuous cellars below the lane we tread are home to a small but mighty supply of napping champagnes that belie their humble edifice (and their price point!). Those in the know, meanwhile, would have started their day here.

The Vallée de la Marne is famed for the quality of their Pinot Meunier, the grape in Champagne’s varietal trinity perpetually overshadowed by Pinot Noir and Chardonnay. Jean-Baptiste Geoffroy has a gift for bringing this variety into focus, highlighting the fruitful lift of Meunier without any loss of depth.

The entry level to his repertoire of estate grown Champagnes is this handsome, sincere, and perfectly balanced wine, simply titled Expression. This textbook blend balances the virtues of all three varieties with a clear emphasis on Meunier’s approachability and early drinking freshness, yet the wine is not without complexity and a long lingering finish. No doubt the complexity of his ‘entry-level’ wine is not only due to its three years in bottle, the Expression cuvée is also composed of less than 43% of the Geoffroy’s multi-vintage reserve.

Often the terms ‘entry-level’ or ‘gateway’ can be euphemisms at best, but in the case of the Expression, these terms perfectly evoke what this wine achieves. This is the wine for those who have struggled to understand Champagne’s magic. It will open a door in your palate you might not have known was there. The body on this wine is bolder than one would assume for something Jean- Baptiste himself styles as an ‘aperitif’. And the hint of salinity guarantees it will play the role of oyster partner famously, bringing apricot, vanilla flowers, and a hint of cold butter.

Many Albertans outside of the drinks’ business don’t realize how good we have it here for wine selection.

The wines of Larmandier-Bernier are true gems of the Côte des Blancs, the sub-region of Champagne famous for their Chardonnay vines. In this Latitude cuvée, a window into this fame swings open jubilantly. This beauty is made entirely from Chardonnay, entirely grown on the south-facing hills of the Vertus premier cru village.

LB is not an old house by Champagne standards, only beginning in the early 70s, but their second generation vigneron, Pierre Larmandier, has seen his stardom rise in tandem with the glory gradually accrued to minimalist wines farmed biodynamically. As one of the first growers in the region to make this bold leap to biodynamics (in a notoriously finicky region), Pierre’s bubbles have boasted the undeniably delicious results of natural farming for over two decades now.

Though Larmandier’s 18 hectares include rows in almost all of the most famous villages in the côte, the Latitude bottling is where Pierre eschews the age-old Champagne practice of multi-vineyard blending to present to us a single site in all its idiosyncrasy. These are the vines closest to the Larmandier’s home and cellars, and that sense of place and intention and familiarity seems to sing through the fizz.

The deeper layers of clay top soil coupled with the sunbathed aspect of these Vertus slopes produce a rounder and richer profile to this fruit. In other words, this wine is not the austere and skeletal style often associated with a ‘grower Champagne’ (Champagnes made by small houses entirely from estate grown fruit). Rather, it is generous and creamy. This is owing not only to the ripeness of the fruit but also to the year spent fermenting in Stockinger oak (called ‘the Stradivarius’ of barrels) followed by two years on the lees in bottle before disgorgement.

Expect a medium to full-bodied Champagne with a floral and herbaceous je-ne-saisquoi perfume hung around a core of dried lemons and almond croissant notes, like a wreath placed around the neck of a victorious thoroughbred. Truly a treat.

Champagne Charlie is by no means a little boutique producer but damn if it isn’t one of the best wines to ever pass my lips. Famed as the man that first brought Champagne to the Americas in earnest, you can still get a sense of the panache and glamour of his personality in the wines to this day. Heidsieck was an instant sensation when he came to New York to market his wines. Songs were written about him. He was the talk of the press and society up and down the Eastern seaboard. It’s a fun story, but meaningless if not for the sensations in the glass.

Resting in the famed Charles Heidsieck cellars, are literally millions of bottles of ageing Heidsieck. These vaulted chalk caverns, the ‘crayères’, date back to the 3rd century. They exude an almost sacred aura, wine’s equivalent of a medieval sanctuary. Thirty metres below ground, these eight kilometres of blanched chalk have been declared a Unesco World Heritage site. A place without light, without noise, where the temperature is constant and cool, Heidsieck has acquired the ideal conditions for ageing his wines for remarkably long periods of time before release. It’s the ideal environment for Champagne to undergo its mystic second fermentation, each seeing anywhere from four to forty years in bottle before release. Again, all meaningless if not for the integrity of the juice.

So what of the juice? Heidsieck is, above all of this, famed for including an unusually high proportion of reserve wines in the blends. The reserve wines themselves are abundantly aged before second fermentation. For their vintage Champagnes, excellent growing years see the wines left to mature on their own into a strictly reserve wine of its own.

The cuvée in question is the Brut from the famed 2005 vintage, including only the best sites (11 crus, including Vertus, Oger, Avize, Mailly, Ambonnay and Verzy). This cuvée was rested in bottle for eight years until disgorged in 2014, then rested further before being brought to our shores. The result of such extensive ageing is a mesmerizing host of tertiary notes only possible with age: a plethora of hazelnut and milk chocolate and figs and dried apples and stewed stone fruit and fermented citrus, all balanced on a framework of delicate acidity. The tension between the wine’s freshness and its development is astounding.

The good news: the 2005 Brut is ready to drink now; the better news: it can easily improve in cellar for another decade. Typiquement Charles.

Nota bene: If you’re unable to get the 2005, 2006 was also a remarkable vintage and is currently available in Alberta. 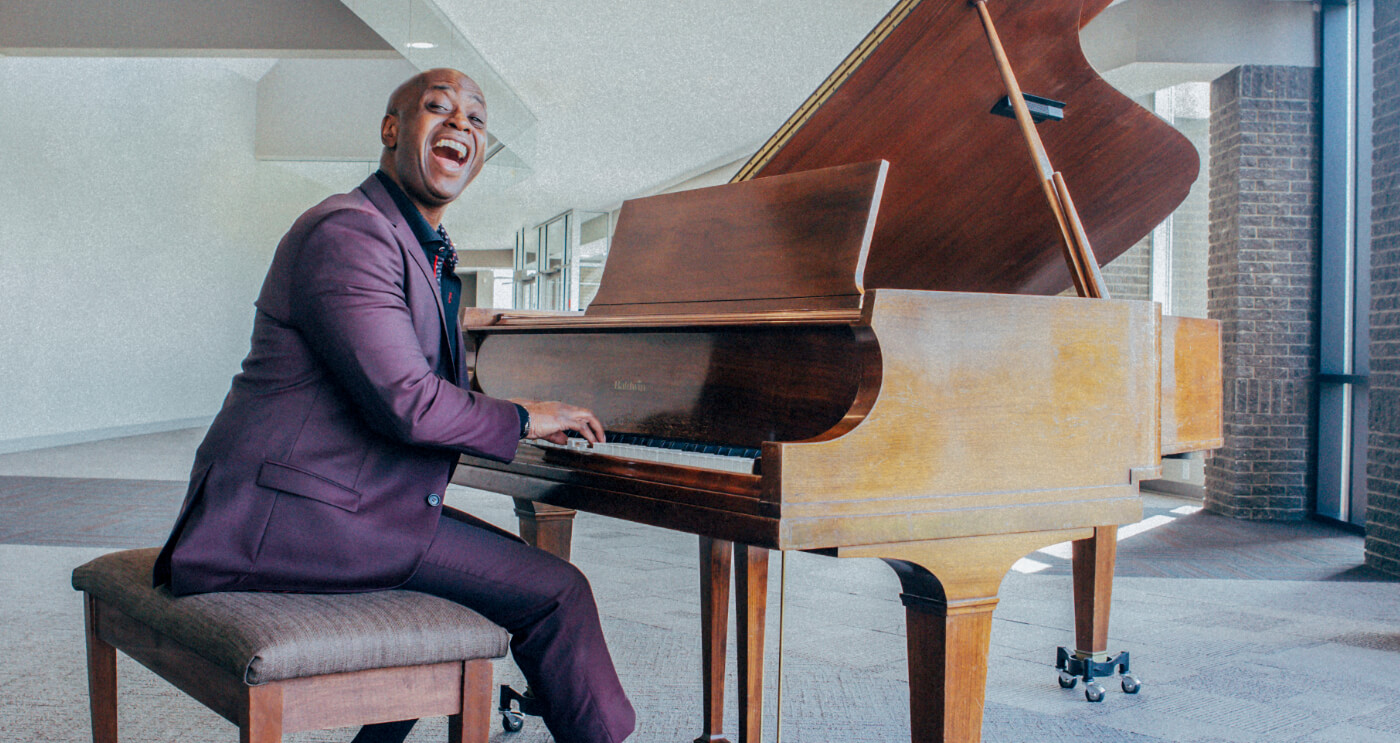 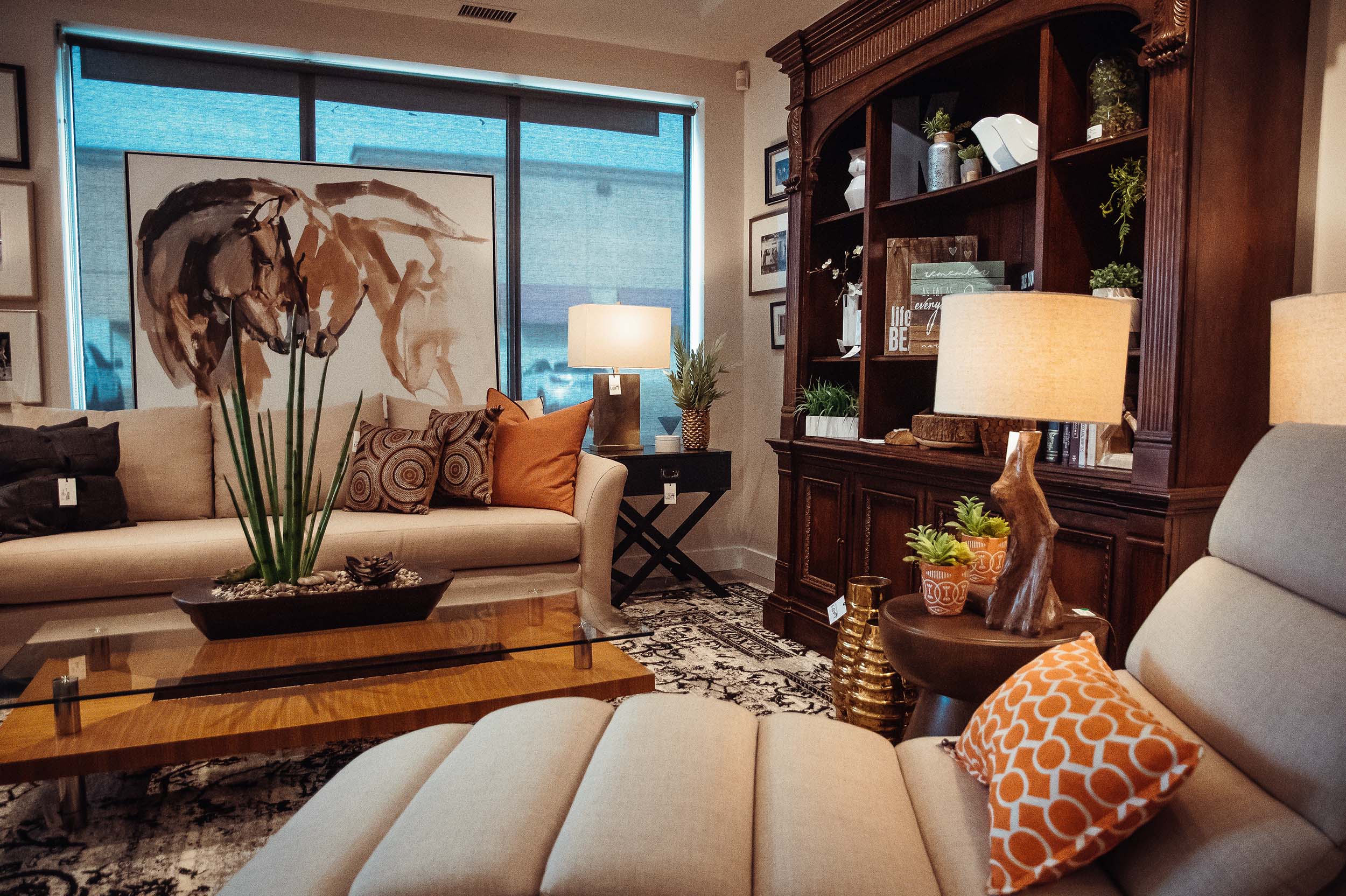 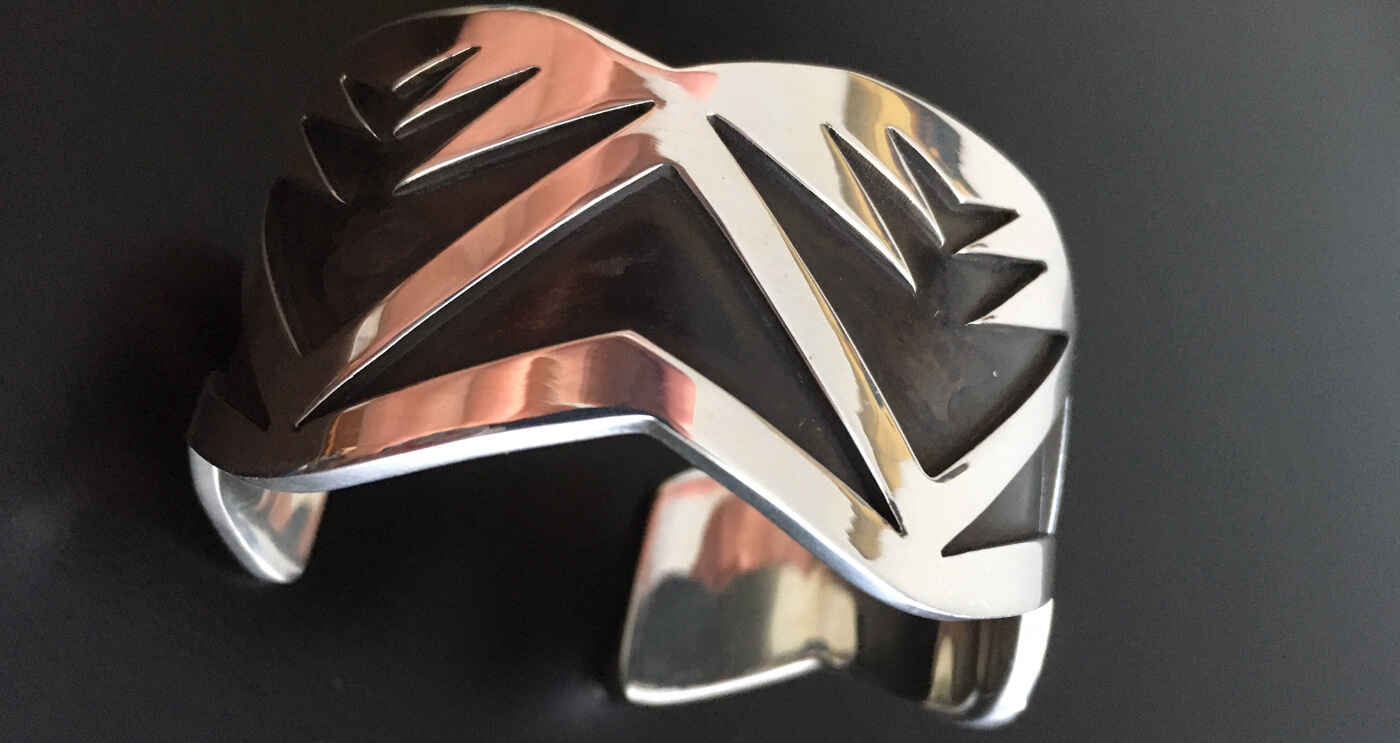 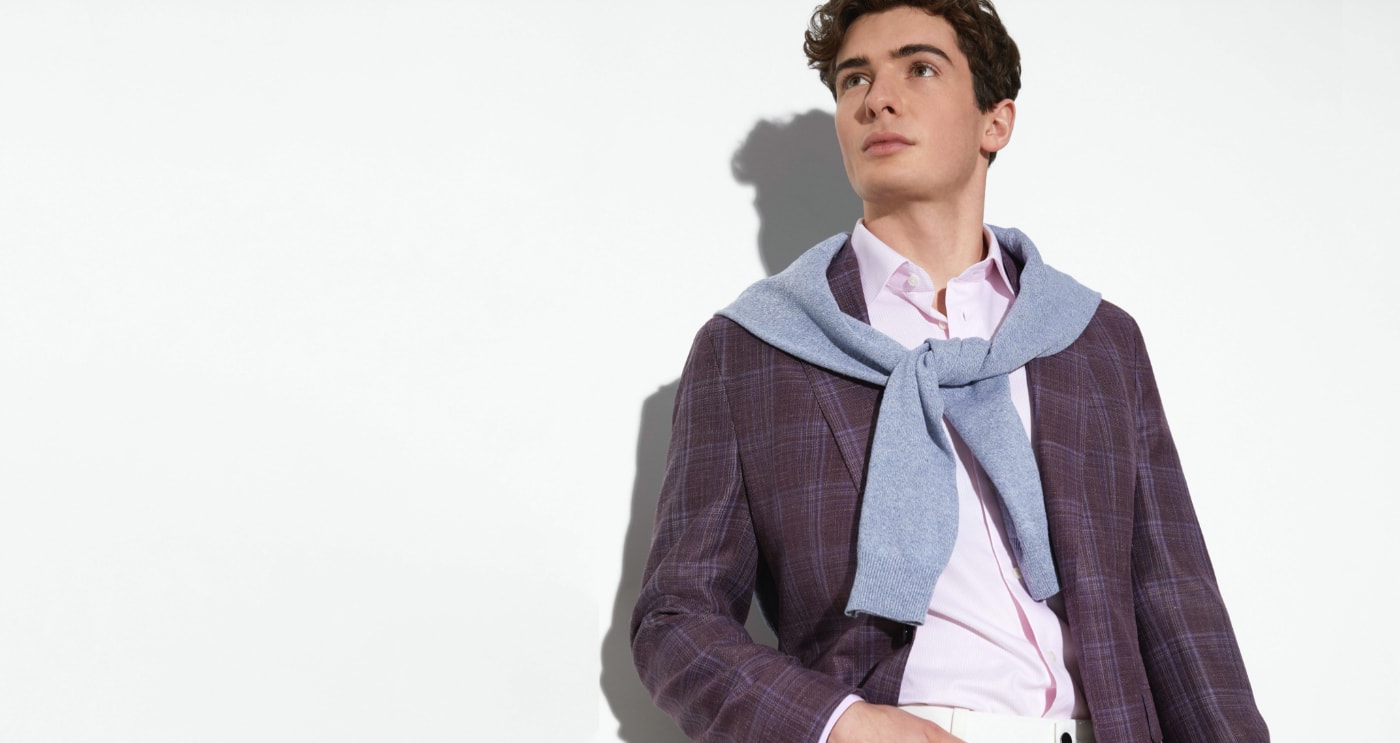